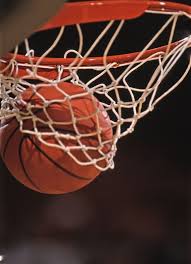 On a December day in 1891 in Springfield, Massachusetts, Dr. James Naismith became the inventor of the game of basketball. Today his name is honored in the Naismith Award, given annually to the nation’s best college basketball player, but his purpose in inventing the game has been largely forgotten. According to another James Naismith (the grandson and namesake of the inventor), basketball came into existence because of the spiritual concerns of its inventor. He invented basketball “to lead other young men to Christ.”

Dr. Naismith was an ordained minister as well as a physician. He noticed that during the winter the young men who came to the YMCA Training School in Springfield tended to be bored, since outdoor games like baseball and football were no longer so inviting due to the Massachusetts winters. He decided to invent something new to give the young men some constructive and wholesome activity during the winter months.

His original idea was for a game of “boxball,” played by tossing a soccer ball into a cardboard box mounted on the wall. The gym’s janitor was unable to locate two suitable boxes for the purpose at the time, but he did find an alternative: two peach baskets. Dr. Naismith quickly came up with thirteen rules, and basketball came into existence.

Sixty years later, in a development that Dr. Naismith would have approved, missionary Dick Hillis saw how the game could be used to advantage in ministry. Dick had recently been expelled from mainland China due to the communist takeover. He was ministering to the Nationalist Chinese troops who were living in Taiwan when he noticed that many of them went for long stretches with little to do and that they tended to choose basketball as their preferred leisure activity. The idea came to him to recruit teams in the United States to visit Taiwan and play some of the local service teams. At the same time, they would give their testimonies (through translators) and share the gospel of Christ.

Since that time, Hillis’s dream has become a wonderful reality. Hundreds of teams have gone to Asia and other continents serving as sports ambassadors for Jesus Christ. These teams often hold basketball clinics for young players and play local teams, giving a brief gospel presentation at halftime. In many cases, applications are distributed that allow spectators to sign up for a free Bible correspondence course in their native language. Tens of thousands of people have completed these courses, and many have turned to faith in Jesus Christ.

The basic ministry approach has been expanded to include baseball, soccer, volleyball, and even drama teams. Thousands of people will attend an athletic event and pay attention to the gospel there, but they would never darken the door of a church. The first business of evangelism is to gain a hearing for the word, and basketball has proven to be effective to that end. Dr. Naismith would have been proud.

You are subscribed. Download your free book here https://www.joshhunt.com/Effective.pdf

For nearly thirty years, Dr. Bill Tolar and Dr. Brian Harbour have helped thousands of Sunday School teachers prepare their lessons by means of video.  Each week, they  provide an insightful walk through this week's scriptures and provide concrete Bible-to-life application points for you to make with your class this Sunday.  Their video lesson previews are available for both the Life and Explore Series materials. We have arranged a special one-month free trial of their videos for anyone who mentions joshhunt.com.  Click here for more information or to get your free trial.

Josh Hunt believes in the power of the small group ministry in your church. And, his belief is contagious. In his new book, Make Your Group Grow, Josh presents sound application to easy to understand research that will benefit every size and style of church. Your groups and leadership will benefit from this book.